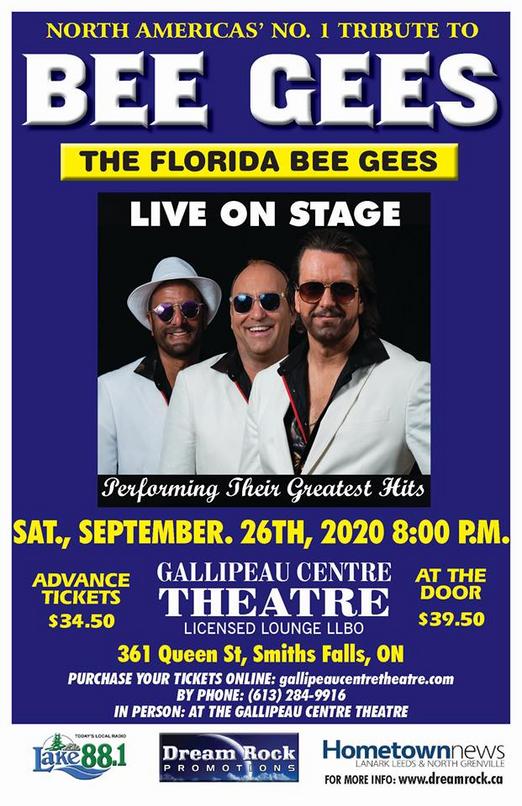 The Bee Gees were a pop music group formed in 1958. Their lineup
consisted of brothers Barry, Robin, and Maurice Gibb. The trio were
especially successful as a popular music act in the late 1960s and
early 1970s, and later as prominent performers of the disco music era in the mid-to-late 1970s. The group sang recognizable three-part tight harmonies; Robin's clear vibrato lead vocals were a hallmark of their earlier hits, while Barry's R&B falsetto became their signature sound during the mid-to-late 1970s and 1980s. The Bee Gees wrote all of their own hits, as well as writing and producing several major hits for other artists.

After achieving their first chart success in Australia as the Bee Gees
with "Spicks and Specks" (their 12th single), they returned to the UK
in January 1967, when producer Robert Stigwood began promoting them to a worldwide audience.
The Bee Gees have sold more than 220 million records worldwide, making them one of the world's best-selling artists of all time.[4][5] They were inducted into the Rock and Roll Hall of Fame in 1997;[6] the presenter of the award to "Britain's first family of harmony" was
Brian Wilson, historical frontman of the Beach Boys, another "family
act" featuring three harmonising brothers.[7] The Bee Gees' Hall of
Fame citation says, "Only Elvis Presley, the Beatles, Michael Jackson, Garth Brooks and Paul McCartney have outsold the Bee Gees."[8]. The Bee Gees are the third most successful band in Billboard charts history after The Beatles and The Supremes


The Florida Bee Gees!
Put on your dancing shoes & get ready to experience Saturday Night Fever every day of the week! THIS SHOW Presents a dynamic, interactive & thoroughly entertaining live tribute to the multi-platinum kings of disco The Florida Bee Gees! Takes the audience on a masterful musical journey that mixes in the Bee Gees songbook of beautiful love ballads & dance fever inducing hits that made the Bee Gees a musical sensation. Close your eyes & you will swear the real Gibb Brothers were performing! Open your eyes & experience the illusion that they’re standing in front of you! Experience an incredible technical, theatrical production before you that touches your senses & effects your emotions. The Florida Bee Gees! An unforgettable night of incredible entertainment awaits you.

A Must See For all Bee Gee's Fans! 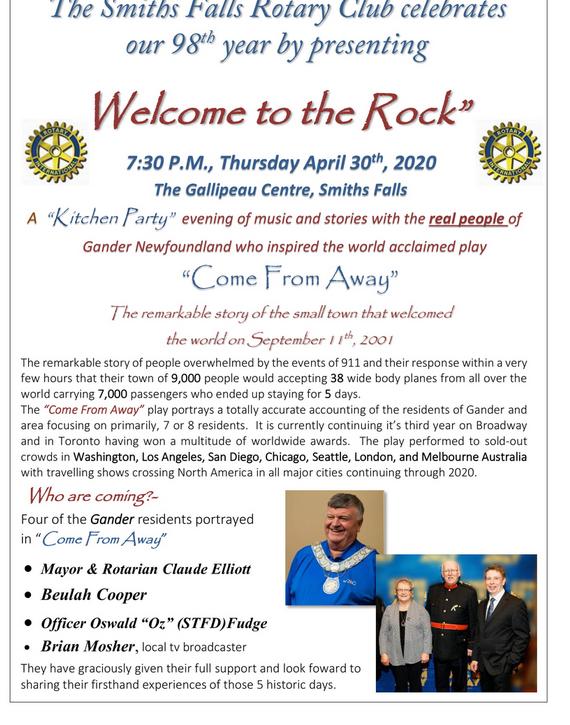 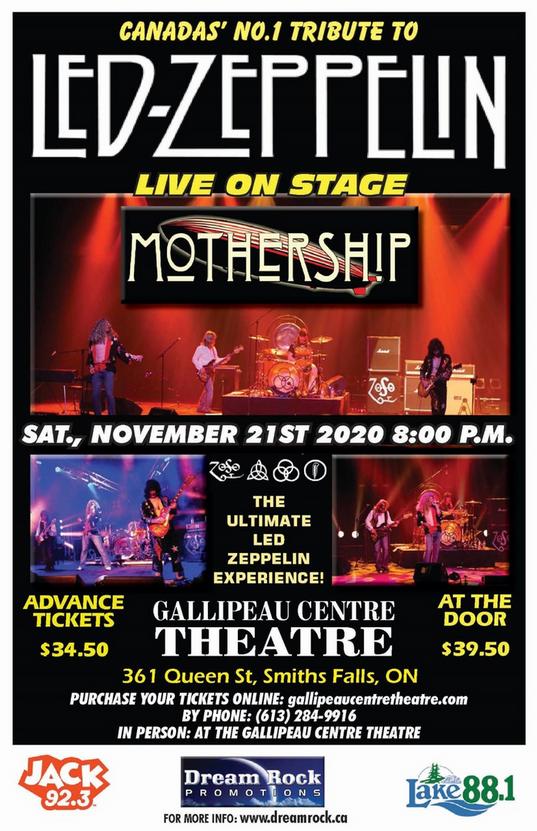 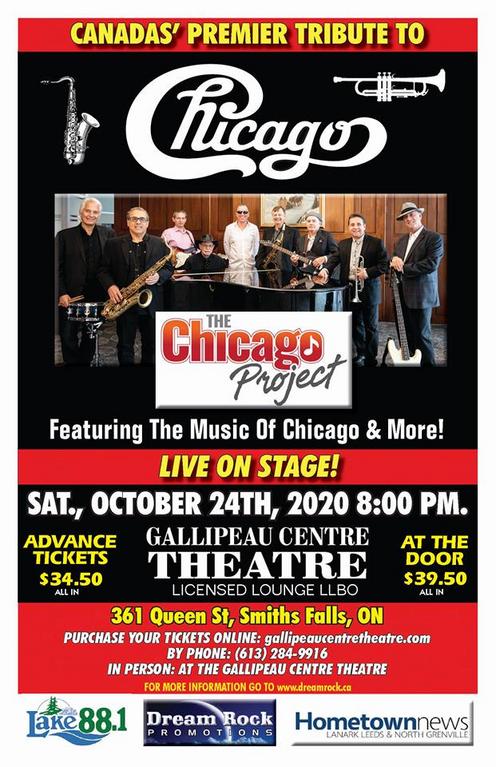 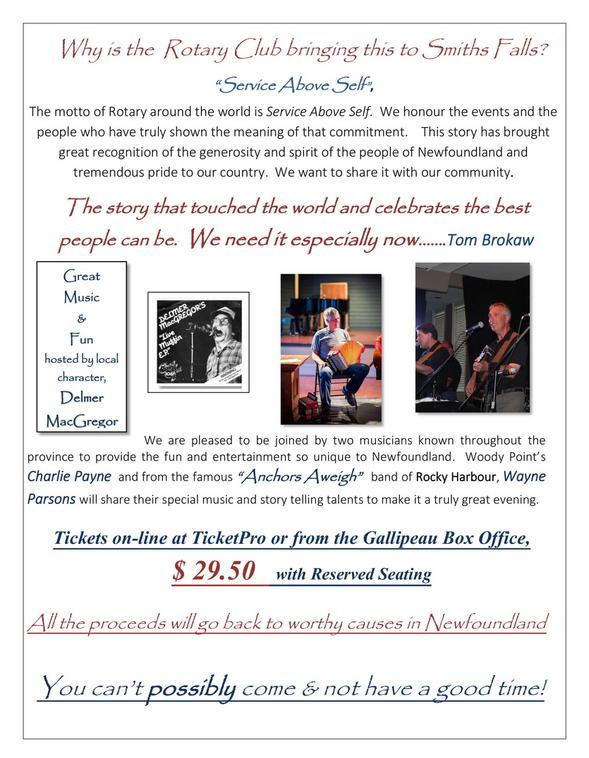 Where the Music never stops!

Led Zeppelin were an English rock band formed in London in 1968. The group consisted of vocalist Robert Plant, guitarist Jimmy Page, bassist/keyboardist John Paul Jones, and drummer John Bonham. With their heavy, guitar-driven sound, Led Zeppelin are regularly cited as one of the progenitors of heavy metal, although their style drew from a variety of influences, including blues and folk music. After changing their name from the New Yardbirds, Led Zeppelin signed a deal with Atlantic Records that afforded them considerable artistic freedom. Although the group was initially unpopular with critics, they achieved significant commercial success with eight studio albums released over ten years, from Led Zeppelin (1969) to In Through the Out Door (1979). Their untitled fourth studio album, commonly known as Led Zeppelin IV (1971) and featuring the song "Stairway to Heaven", is among the most popular and influential works in rock music, and it helped to secure the group's popularity.

Page wrote most of Led Zeppelin's music, particularly early in their career, while Plant generally supplied the lyrics. Jones's keyboard-based compositions later became central to the group's catalogue, which featured increasing experimentation. The latter half of their career saw a series of record-breaking tours that earned the group a reputation for excess and debauchery. Although they remained commercially and critically successful, their output and touring schedule were limited during the late 1970s, and the group disbanded following Bonham's.


Many critics consider Led Zeppelin to be one of the most successful, innovative, and influential rock groups in history. They are one of the best-selling music artists in the history of audio recording; various sources estimate the group's record sales at 200 to 300 million units worldwide. With RIAA-certified sales of 111.5 million units, they are the third-best-selling band and fifth-best-selling act in the US. Each of their nine studio albums placed in the top 10 of the Billboard album chart and six reached the number-one spot. They achieved eight consecutive UK number-one albums. Rolling Stone magazine described them as "the heaviest band of all time", "the biggest band of the Seventies", and "unquestionably one of the most enduring bands in rock history". They were inducted into the Rock and Roll Hall of Fame in 1995; the museum's biography of the band states that they were "as influential" during the 1970s as the Beatles were during the 1960"s.

Get ready for an electrifying performance! Live on stage Canada's Premier Tribute to Led Zeppelin. With the first note played, Mothership will transport you back in time to relive the legacy that was Led Zeppelin. With well over 20 years under their belts performing this tribute. you will experience a MESMERIZING performance from start to finish with a full night of Led Zeppelins Greatest Hits! UNSTOPPABLE HITS like... Black Dog, The Immigrant Song, Over the Hills, Ramble On, Whole Lotta Love, Kashmir, Stairway to Heaven, Rock N' Roll, When the Levee Breaks, Fool in the Rain, D'yer Maker, Heartbreaker, Going to California, Dazed and Confused, Good Times Bad Times, The Lemon Song, All My Love, No Quarter and many more!!
Mothership has performed at countless festivals, fairs and large theatre style venues. Get ready to relive the legends of Rock N' Roll.
The LOOK...The MOVES...The MUSIC...The MEMORIES...It's Must See Show for all LED ZEPPELIN Fans!

Chicago is an American rock band formed in 1967 in Chicago, Illinois, calling themselves the Chicago Transit Authority in 1968 before shortening the name in 1969. The self-described “rock and roll band with horns” blended elements of classical music, jazz, R&B, and pop music. They began writing songs with politically charged lyrics, and later moved to a softer sound, generating several hit ballads. The group had a steady stream of hits throughout the 1970s and 1980s. In September 2008, Billboard ranked Chicago at number thirteen in a list of the top 100 artists of all time for Hot 100 singles chart success, and ranked them at number fifteen on the same list produced in October 2015.[1][2][3] Billboard also ranked Chicago ninth on the list of the 100 greatest artists of all time in terms of Billboard 200 album chart success in October 2015.[4] Chicago is one of the longest-running and most successful rock groups, and one of the world's best-selling
groups of all time, having sold more than 100 million records.[5][6]
In 1971, Chicago was the first rock act to sell out Carnegie Hall for
a week.[7]

To date, Chicago has sold over 40 million units in the U.S., with 23
gold, 18 platinum, and eight multi-platinum albums.[8][9][10] They
have had five consecutive number-one albums on the Billboard 200[11] and 20 top-ten singles on the Billboard Hot 100.[12] In 1974 the group had seven albums, its entire catalog at the time, on the Billboard 200 simultaneously.[13] The group has received ten Grammy Award nominations, winning one for the song, "If You Leave Me Now."[14] They were inducted into the Rock and Roll Hall of Fame in 2016.[15] In 2017, Peter Cetera, Robert Lamm, and James Pankow were elected to the Songwriters Hall of Fame for their songwriting efforts as members of the music group.[16][17] Chicago will receive a Grammy Lifetime.


The Chicago Project is a 9 piece band that includes a 3-piece horn
section. This high powered group with strong vocalist features the
music of Chicago. With a Legacy of Rock & Horn-based bands The Chicago Project also preforms a list of classics from legendary bands such as Lighthouse...Blood Sweat & Tears ... James Brown ... Steve Winwood and more...

This fully authentic tribute band is comprised of talented musicians
that recreates the sound of Chicago preforming all their greatest hits
including songs like... Saturday In The Park... Just You'n Me...
You’re My Inspiration... ”25 or 6 to 4”,...Feelin Stronger Every
Day ... Beginnings... and “Does Anybody Know What Time it Is”
along with other timeless classics.

Enjoy an evening of that unforgettable sound of rock and horns
dedicated to providing you a musical experience you will always
remember.